AdAlta is utilising the power of the i-body technology platform to develop a growing pipeline of i-bodies to treat a range of conditions, with an initial focus on treating fibrotic diseases.

AdAlta identified an i-body that binds to the drug target, CXCR4 and demonstrates anti-fibrotic effects in several models of fibrosis. This was initially called AD-114.  Following further development, AdAlta has improved the initially identified i-body through redesign as an Fc-Fusion molecule, now named AD-214. The new i-body has shown significantly enhanced activity, providing the potential application for a wider range of fibrotic diseases.

AD-214 is an Fc-Fusion protein that contains two AD-114 i-body molecules at the front end, that bind with high affinity to the human target, CXCR4. At the back end of AD-214 is the Fc Fragment or tail region of a traditional monoclonal antibody that will extend the half-life or duration of time in which the i-body will stay in the body.

When combined, the i-body and Fc Fragment create a superior next generation lead drug candidate, with improved therapeutic and commercial potential.

AdAlta’s lead i-body drug candidate AD-214 has significant anti-fibrotic effects in treating a type of fibrosis of the lung, known as idiopathic pulmonary fibrosis (IPF), and this is the initial focus. The i-body has also demonstrated its usefulness in treating fibrosis of the eye and is being pursued as an additional opportunity for the treatment of age-related macular degeneration (wet-AMD).

AD-214 also has application in other fibrosis indications, including fibrosis diseases of the liver, skin and kidney.

The AD-214 i-body has key advantages for IPF treatment. These include:

IPF is a highly lethal and rare disease with current treatment options only demonstrating a reduction in disease progression. There is no cure. A new, more effective, and longer-lasting treatment regime using i-bodies would bring hope to hundreds of thousands of patients worldwide.

The AD-214 anti-CXCR4 i-body has completed extensive pre-clinical studies with positive in vitro (in the lab) and in vivo (in animals) data obtained. For example, in animal lung mouse disease models treated with the i-body, collagen content and inflammatory cell infiltration is substantially reduced thereby demonstrating a similar architecture to that of the normal lung. 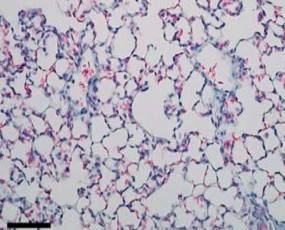 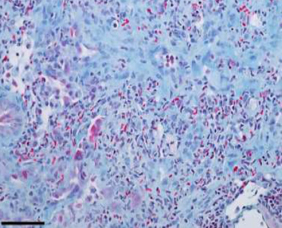 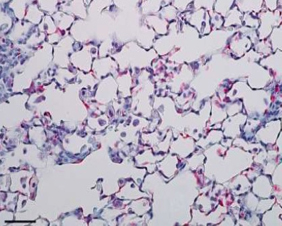 For more information on Idiopathic Pulmonary Fibrosis, please download this PDF, which outlines:

Wet-AMD (age-related macular degeneration) is a leading cause of vision loss in the world with millions of people affected annually. It destroys the macula, the part of the eye that provides sharp, central vision needed for seeing objects clearly.  In wet-AMD, blood vessels from behind the retina grow under the macula. These new blood vessels can be fragile and leak blood and fluid causing damage and vision loss. As the disease progresses, patients can experience retinal scarring or fibrosis, which leads to further vision loss.

In collaboration with The University of Melbourne, The Centre for Eye Research Australia and La Trobe University, AdAlta has demonstrated that the AD-214 anti-CXCR4 i-body has important anti-fibrotic effects in a mouse model of this disease. This data further supports the pre-clinical development of the eye fibrosis indication for AD-214, in a second vitally important area of clinical need.

Please note: AdAlta commenced a Phase I human clinical trial of AD-214 in mid-2020. The Phase I trial of AD-214 comprises three parts. In Part A of the trial, up to 44 healthy volunteers will be divided into seven cohorts. Parts B and C of the trial will be conducted in 27-54 Interstitial Lung Disease (ILD) patients, including Idiopathic Pulmonary Fibrosis (IPF) patients. The primary end point of each part of the trial is safety and tolerability of AD-214. AdAlta will also investigate pharmacokinetic (concentration of AD-214 in the blood over time) and pharmacodynamic (biological effects of AD-214 over time) parameters. Exploratory endpoints will explore the respiratory effects of AD-214 in patients with ILD, however, the trial is not designed to show efficacy against ILD or IPF. Unfortunately, AD-214 as a potential treatment for IPF, or other fibrotic ILDs, is currently not available in any countries.