As September draws to a close, we’d like to look back on Pulmonary Fibrosis Awareness Month.

While the world has changed immensely in 2020, the need to develop a better treatment for pulmonary fibrosis remains as acute as ever.

In the post, Dr Westall discusses Idiopathic Pulmonary Fibrosis (IPF) and his first-hand experience with the disease. 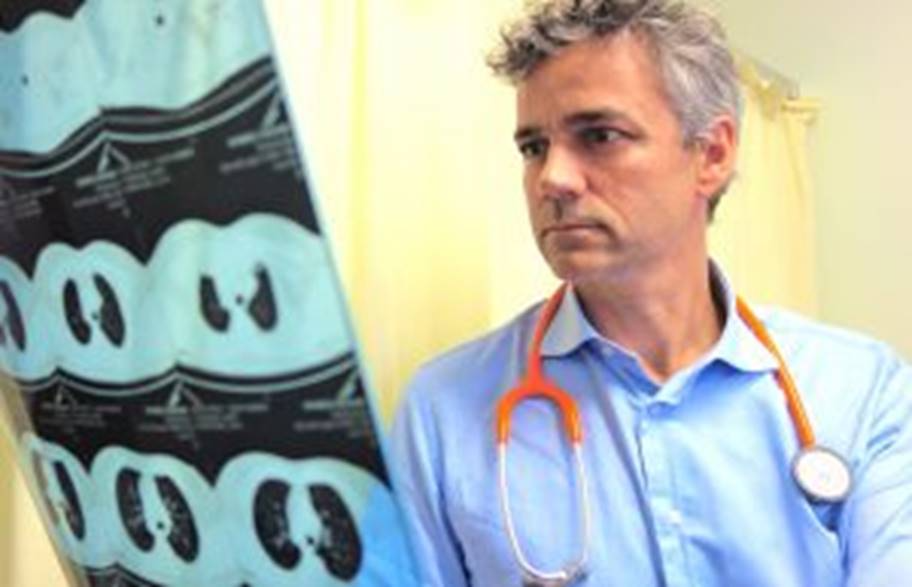 Yet despite his extensive knowledge about the disease, Idiopathic Pulmonary Fibrosis (IPF) can still surprise him.

“Some patients with IPF can be stable for decades, whilst others often have a very aggressive disease that deteriorates rapidly.”

A highly regarded specialist based at The Alfred, Assoc. Prof. Westall’s interest in lung fibrosis was sparked more than 15 years ago when he worked in London as a registrar in the Royal Brompton Hospital’s Lung Fibrosis service under two giants in the field, Prof Ron du Bois and Prof Athol Wells.

“Back then, we had no treatments for IPF, we were heavily involved with clinical trials, recognising that without treatment, IPF was a progressive and typically fatal condition.

“We are entering an exciting era for lung fibrosis. We now have two antifibrotic agents, Nintedanib and Perfenidone that are available in Australia. More importantly, there are a large number of phase 1 and phase 2 studies running or in the pipeline evaluating new antifibrotic agents”

“Whilst we are making progress, there remains much work that still needs to be done in understanding IPF, both at a patient and a scientific level.”